Check out some of the great reclamation work our people are doing for Rio Tinto’s Barney’s Canyon.

Nearly 30 years ago, the first gold was mined in Barney’s Canyon near the site of the world’s largest open pit mining operation.

Since then, the mine has completed its life cycle, and Rio Tinto Kennecott is restoring the site to resemble the state nature originally intended — at a cost of over $50 million.

Located on the east slope of the Oquirrh Mountains, 5 miles north of the Bingham Canyon Mine, the Barney’s Canyon Mine operated from 1989 to 2013 and produced more than 2 million ounces of gold, according to Steve Schnoor, reclamation manager for Rio Tinto Kennecott. Toward the end of the life cycle, the company began transitioning to the reclamation process, he said, in preparation for the eventual discontinuation of active mining.

“In our life cycle of planning, we’re planning throughout the mine’s (operation) and performing concurrent reclamation where we reclaim areas that are no longer in use while we operate others,” he said. “The reclamation process takes an active mine site and then returns it to (its natural form), which in this case is open space and a landscape that is compatible with the adjacent areas.” “The reclamation that was performed around the mine and adjacent areas covered 850 acres,” Schnoor said. “We’ve also embarked on the final stages of reclamation over 350 acres.”

The final cost for reclamation efforts in Barney’s Canyon will be more than $50 million and it is expected to be completed in early 2020, he said.

“Ultimately, it will be an open space that will blend in and be wildlife habitat,” he added.

During a media tour on Tuesday, Rio Tinto Kennecott officials touted their efforts to restore the site to a more natural condition that is protective of public health, safety and the environment.

“This is part of what happens with responsible mining companies when you’re no longer actively using areas and you don’t need them anymore, you then reclaim them and make it look more natural and put it back closer to the original state while you’re still mining in other locations,” company spokesman Kyle Bennett said. “In five or 10 years, you’re going to see something that looks much more natural than it does today and it’s going to blend into the hillside.”

He said this process is part of an environmental stewardship approach the company has adopted to preserve the land on which it mines.

“We really need these minerals for modern life,” Bennett said. “So for us to go in and take the minerals and process them, it’s also our responsibility to come back as well and invest in these reclamation activities.” To date, more than 800 trees and shrubs have been planted that are native to the area and will be visible throughout the Salt Lake Valley, including Rocky Mountain maple, Gambel oak, Saskatoon serviceberry, Woods rose, mountain mahogany and bitterbrush, he said.

“We are proud of the work we are doing at Barney’s Canyon Mine because it demonstrates how we can successfully close and reclaim a mine that was once a fully operational and productive business,” Marc Cameron, Rio Tinto Kennecott’s managing director, said. “This should provide confidence to our stakeholders across the world that we are demonstrating responsible mining practices.” 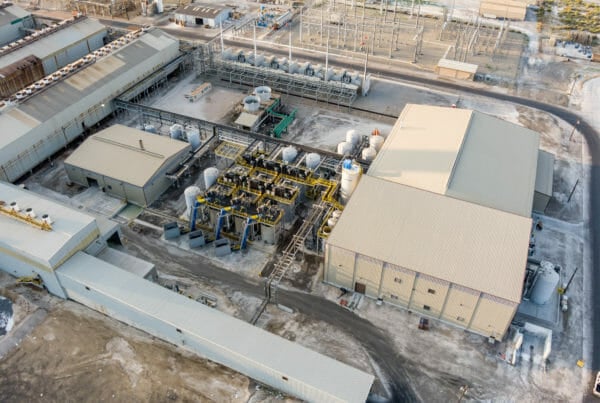 An Introduction to Copper Mining